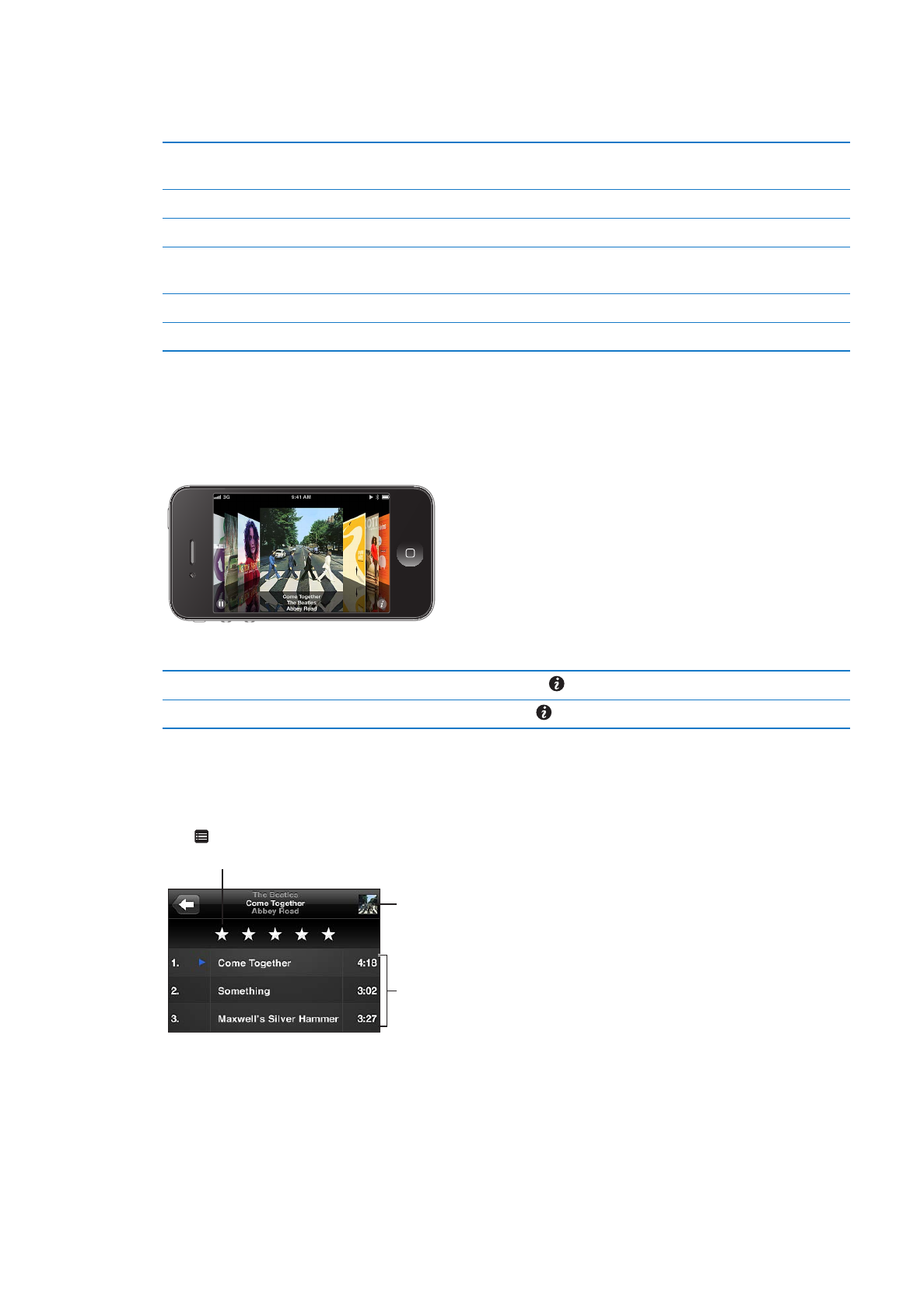 You can use Siri (iPhone 4S) or Voice Control to control music playback on iPhone. See
Chapter 4, “Siri,” on page 39 and “Voice Control” on page 30.

Play an album, artist, or playlist

Find out more about the currently
playing song

Use Genius to play similar songs