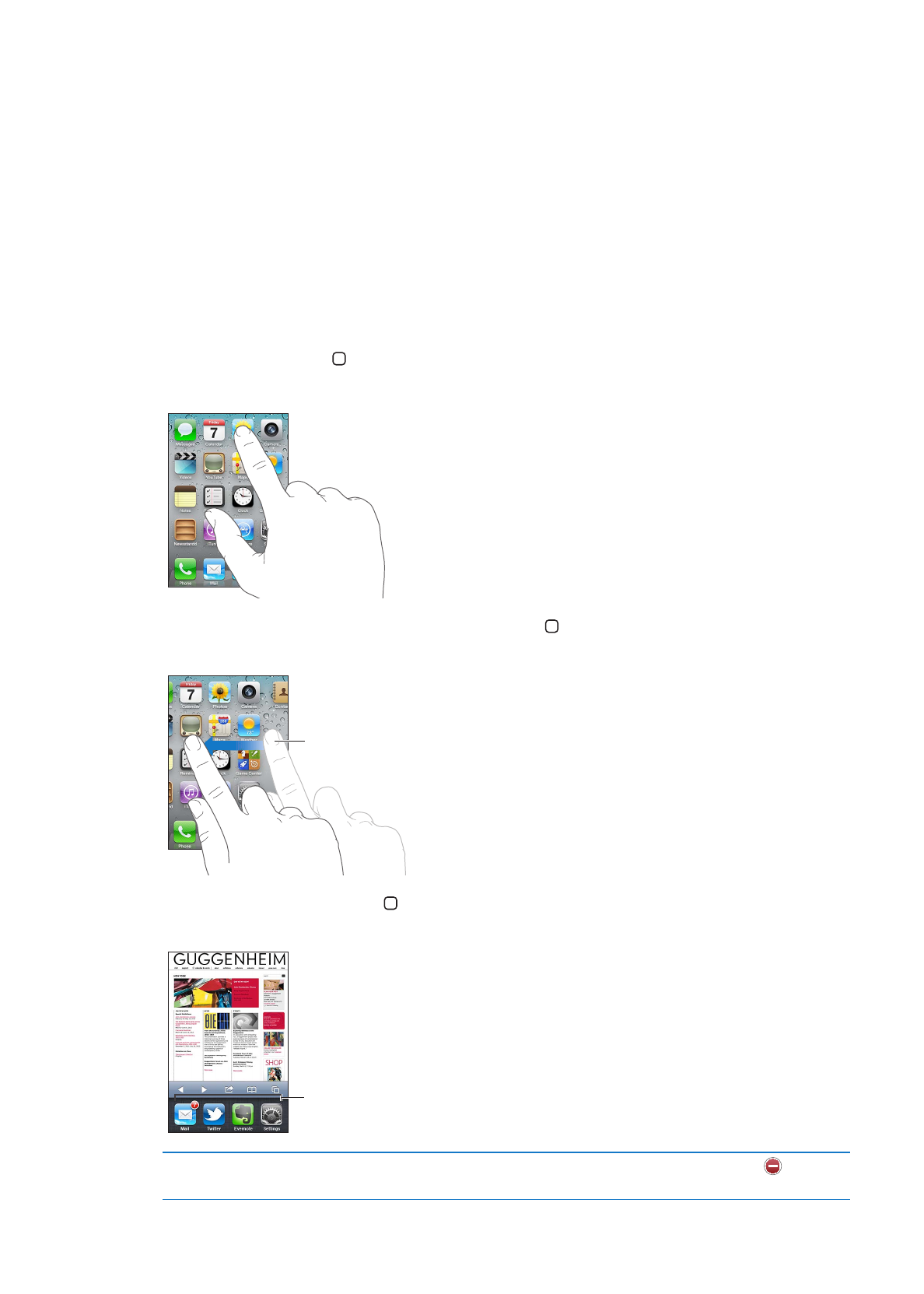 The high-resolution Multi-Touch screen and simple finger gestures make it easy to use iPhone apps.

Press the Home button to go to the Home screen and see your apps.
Open an app: Tap it.

To return to the Home screen, press the Home button again. Flick left or right to see another
Home screen.

Flick left or right to switch

to another Home screen.

Double-click the Home button to reveal the multitasking bar, which shows your most recently
used apps. Tap an app to reopen it, or flick to see more apps.

Remove an app from the
multitasking bar

Touch and hold the app icon until it begins to jiggle, then tap

Removing an app from the multitasking also forces it to quit. 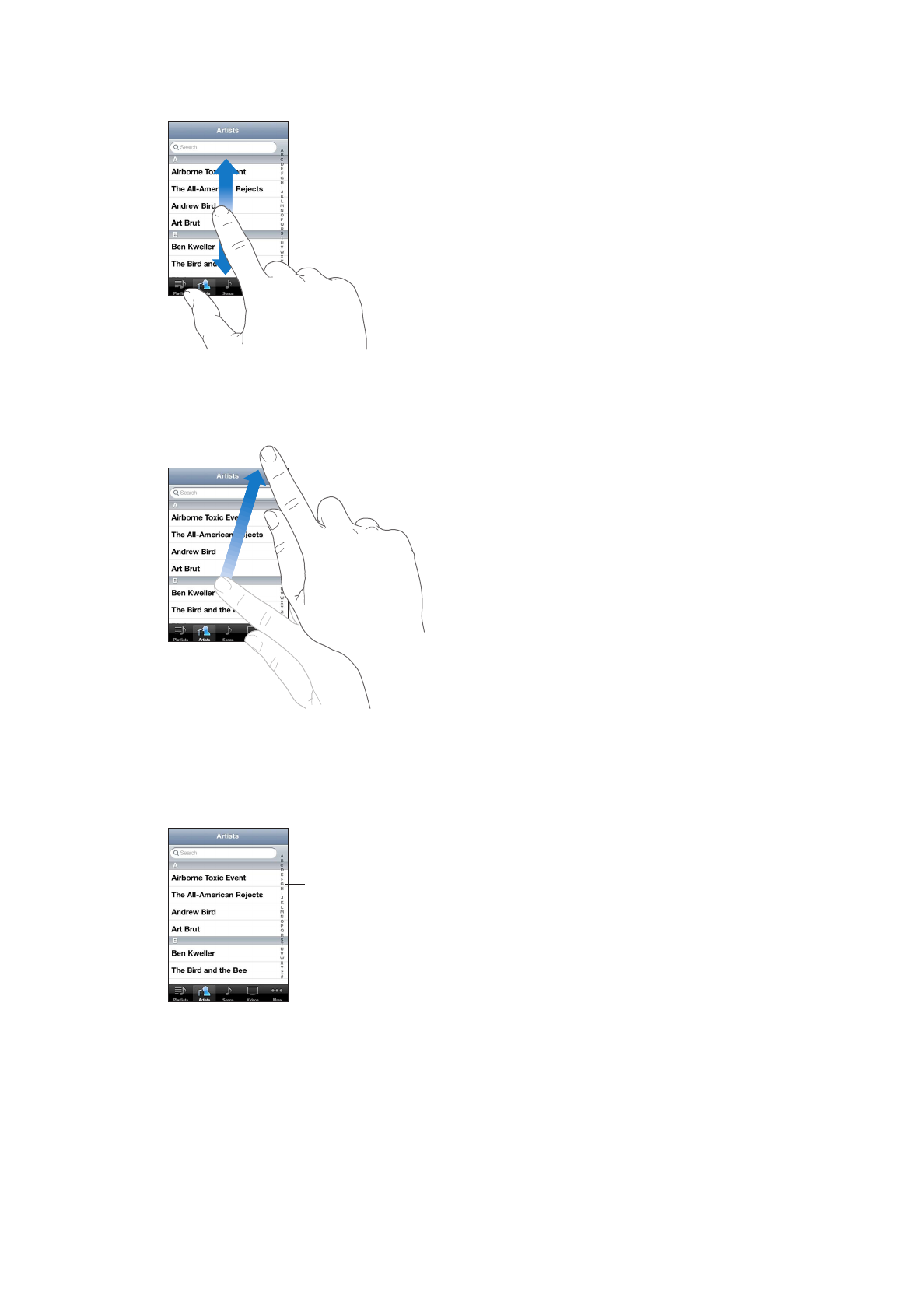 Drag up or down to scroll. On some screens such as webpages, you can also scroll side to side.

Dragging your finger to scroll won’t choose or activate anything on the screen.

To quickly scroll to the top of a page, tap the status bar at the top of the screen.

Drag your finger along

the index to scroll quickly.

Tap a letter to jump to

Tap an item in a list to choose it. Depending on the list, tapping an item can do different things—
for example, it may open a new list, play a song, open an email, or show someone’s contact
information so you can call that person. 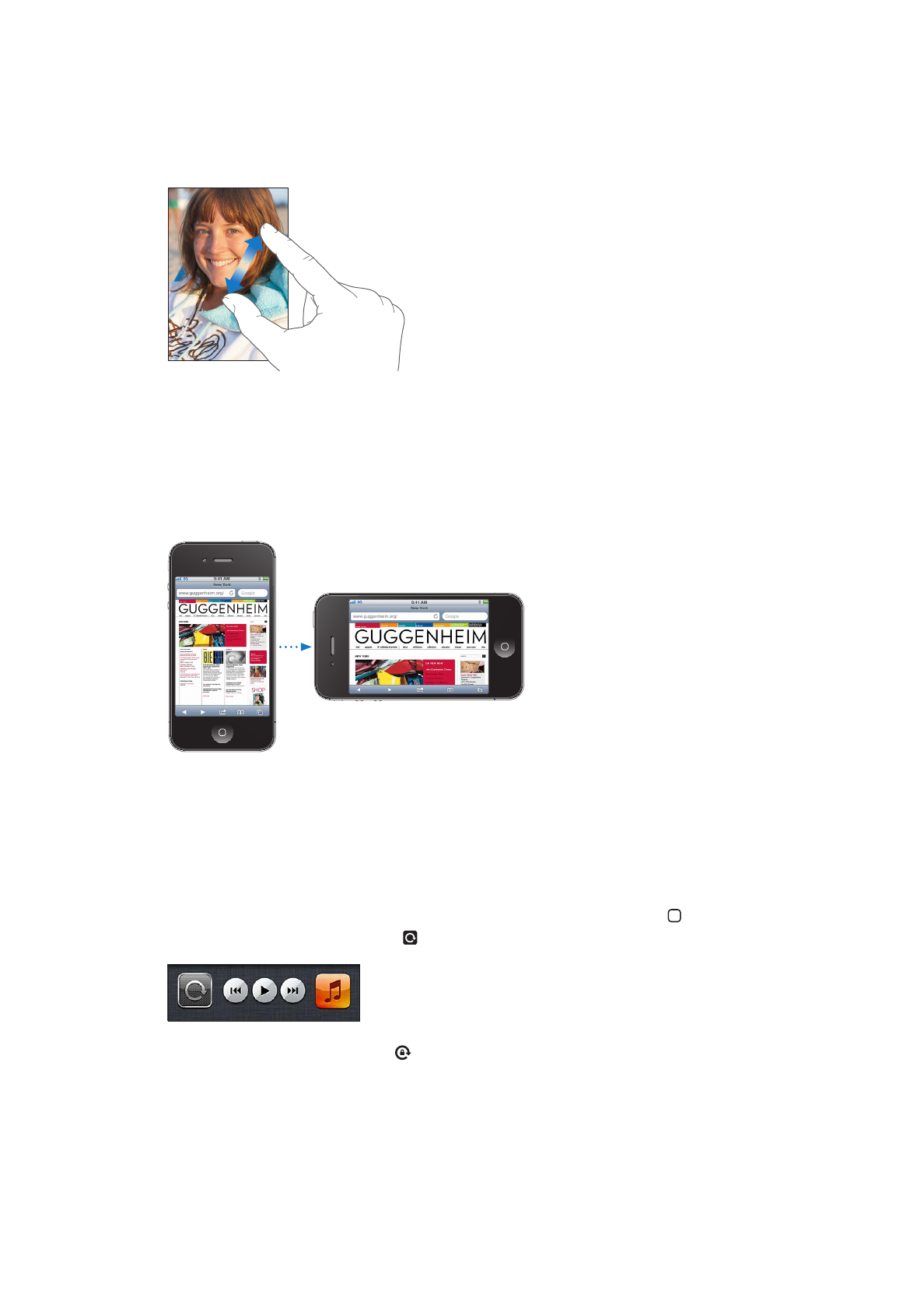 Zooming in or out

Zoom is also an accessibility feature that lets you magnify the screen with any app you’re using, to
help you see what’s on the display. See “Zoom” on page 153.

Viewing in portrait or landscape orientation

Many iPhone apps let you view the screen in either portrait or landscape orientation. Rotate
iPhone and the display rotates too, adjusting automatically to fit the new screen orientation.

The portrait orientation lock icon appears in the status bar when the screen orientation is locked.