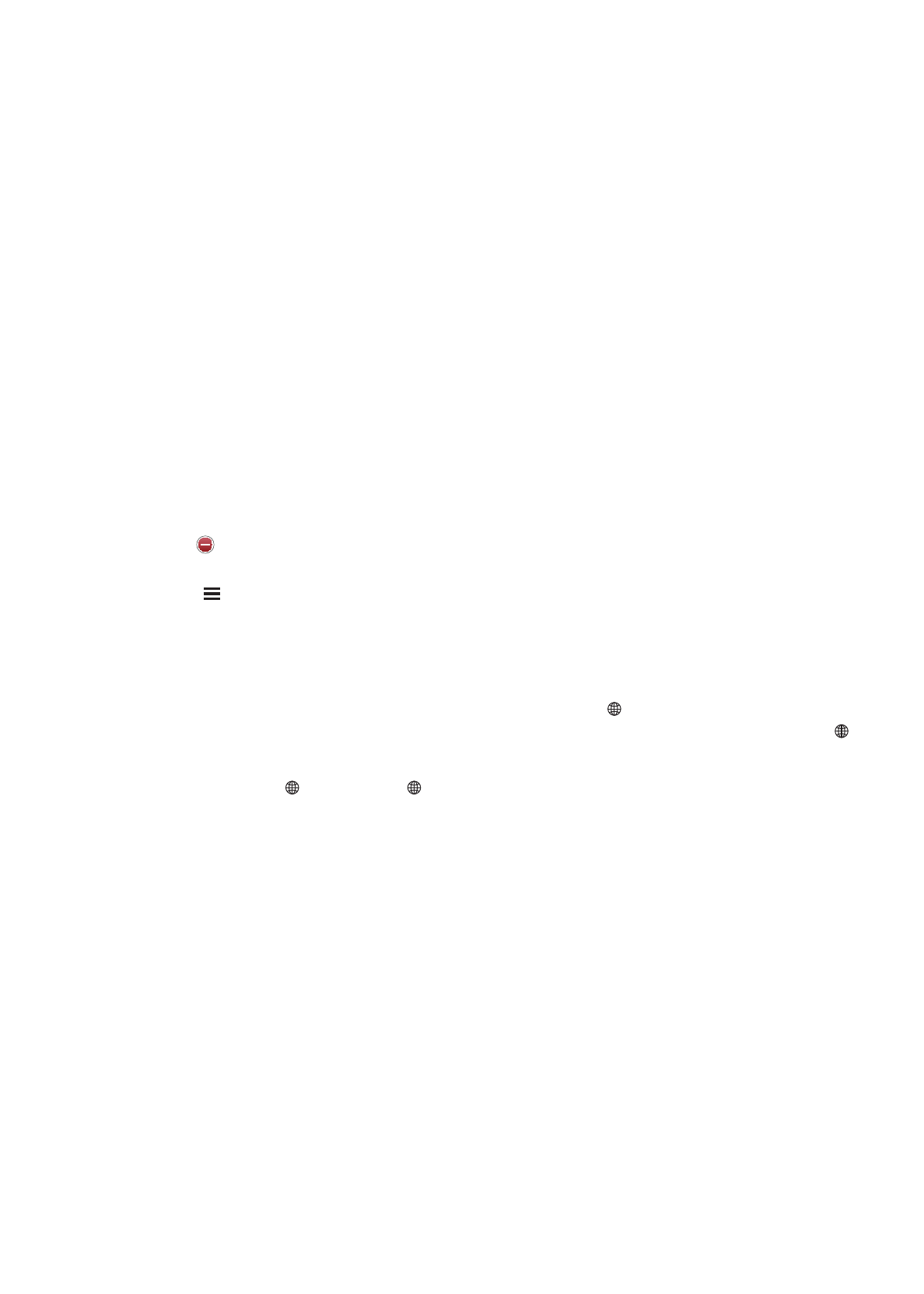 You can use keyboards to type Chinese in several different ways, including Pinyin, Cangjie,
Wubihua, and Zhuyin. You can also use your finger to write Chinese characters on the screen.

Use the QWERTY keyboard to type Simplified or Traditional Pinyin. As you type, suggested
characters appear. Tap a suggestion to choose it, or continue typing to see more options.

If you keep entering Pinyin without spaces, sentence suggestions appear. 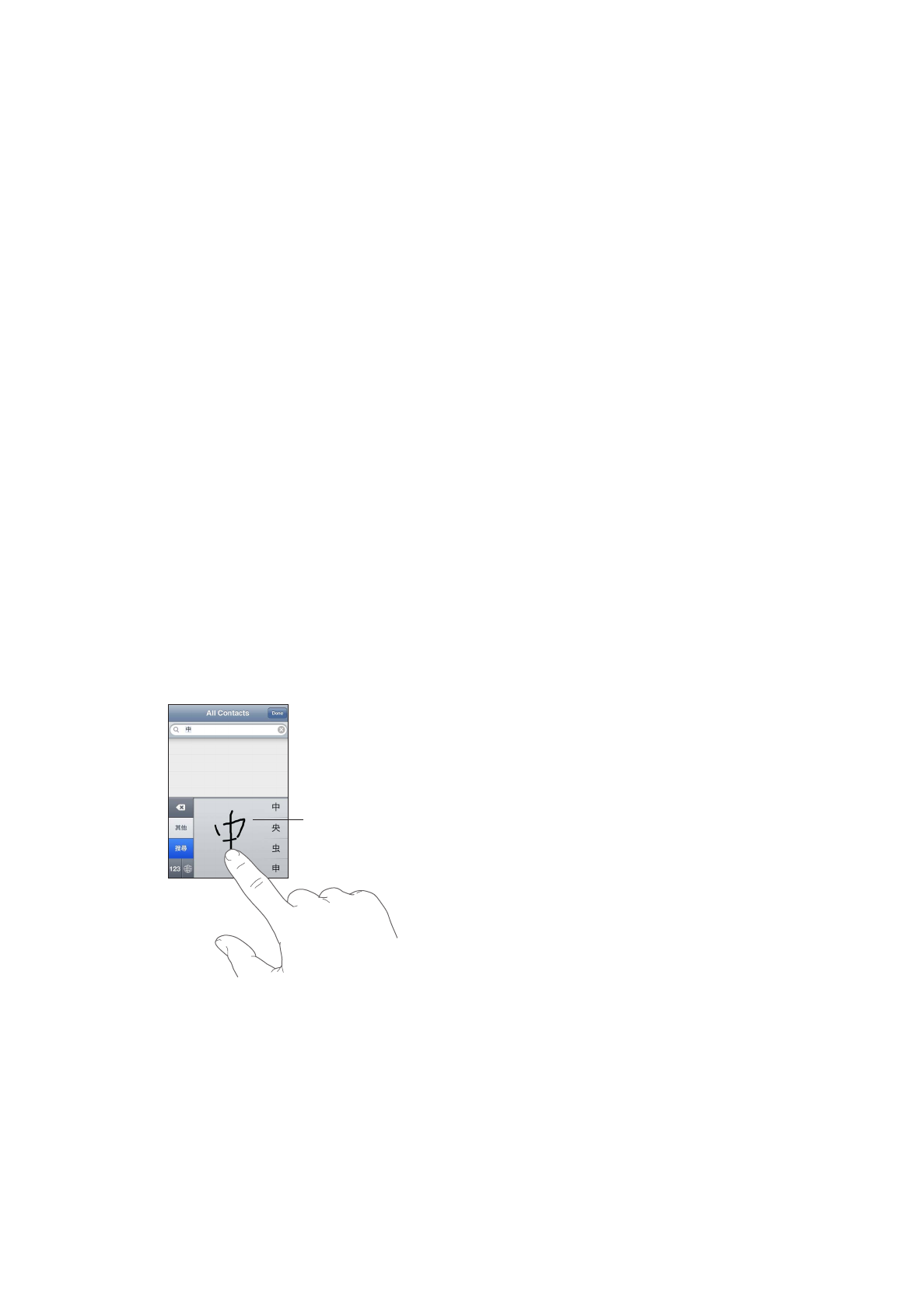 Build Chinese characters from the component Cangjie keys. As you type, suggested characters
appear. Tap a character to choose it, or continue typing up to five components to see more
character options.

Use the keyboard to build Chinese characters using up to five strokes in the correct writing
sequence: horizontal, vertical, left falling, right falling, and hook. For example, the Chinese
character 圈 (circle) should begin with the vertical stroke 丨.

If you’re not sure of the correct stroke, type an asterisk (*). To see more character options, type
another stroke, or scroll through the character list.

Tap the match key (匹配) to show only characters that match exactly what you typed.

Use the keyboard to enter Zhuyin letters. As you type, suggested Chinese characters appear. Tap
a suggestion to choose it, or continue entering Zhuyin letters to see more options. After you type
an initial letter, the keyboard changes to show more letters.

If you keep typing Zhuyin without spaces, sentence suggestions appear.

When Simplified or Traditional Chinese handwriting formats are turned on, you can draw or write
Chinese characters directly on the screen with your finger. As you write character strokes, iPhone
recognizes them and shows matching characters in a list, with the closest match at the top. When
you choose a character, its likely follow-on characters appear in the list as additional choices.

Some complex characters, such as 鱲 (part of the name for the Hong Kong International
Airport), 𨋢 (elevator), and 㗎 (particle used in Cantonese), can be typed by writing two or more
component characters in sequence. Tap the character to replace the characters you typed.

Converting between Simplified and Traditional Chinese

Select the character or characters you want to convert, then tap Replace. See “Editing text” on
page 26. You can type an entire phrase or sentence before converting. 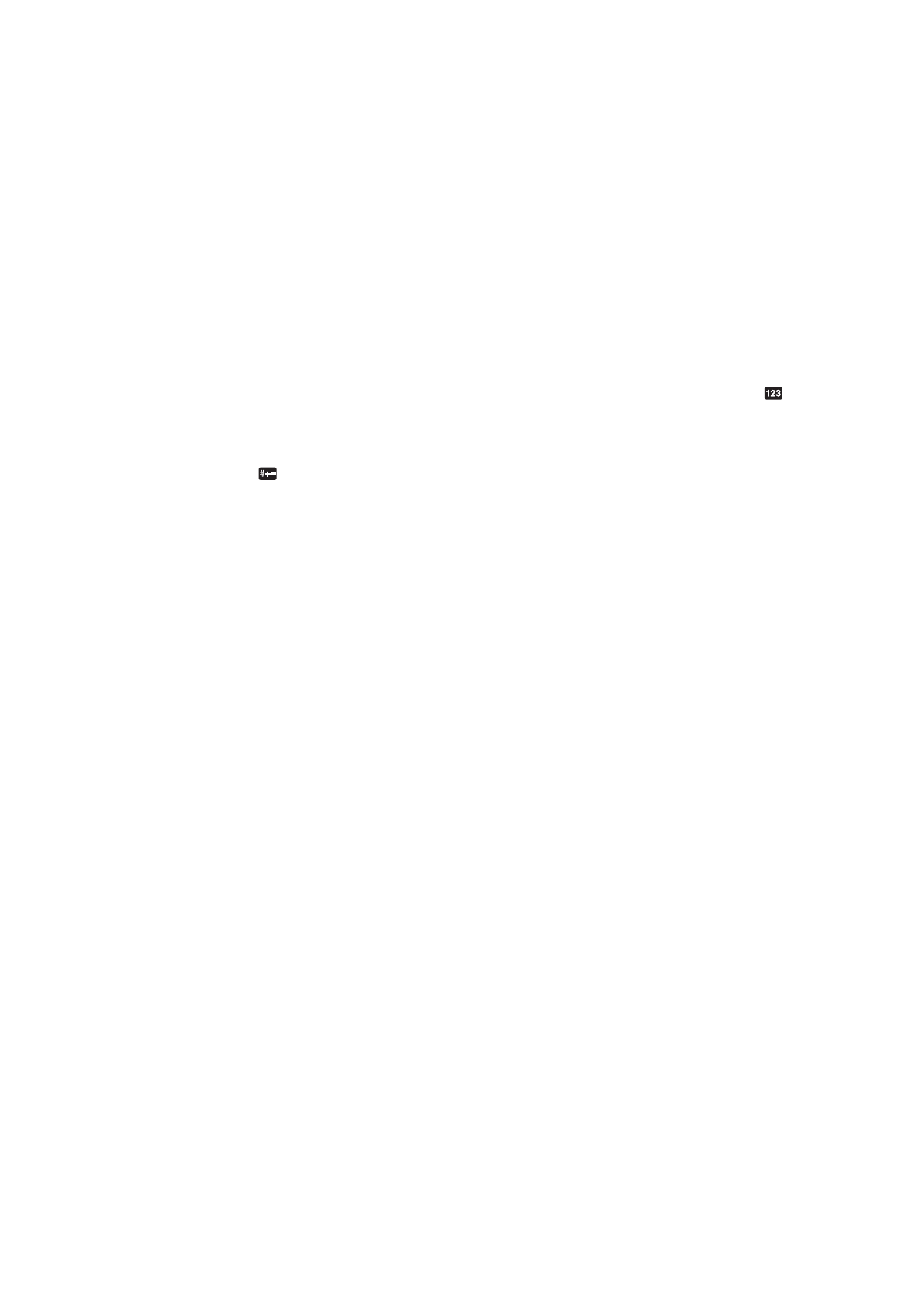 You can type Japanese using the Romaji or Kana keyboards. You can also type facemarks.